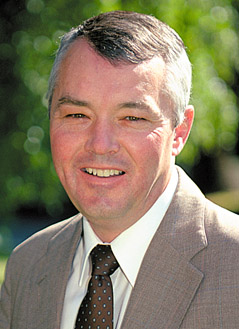 Steve was born in 1952 to Christian parents.  During Junior High School he accepted Christ as

his personal Savior and then in High School gave his life to serve the Lord in some kind of ministry.

After graduating from High School in 1970 he served in the United States Coast Guard for four years.

He then went to Western Bible College in Denver Colorado where he majored in Bible and graduated in 1978.

in Divinity in Pastoral Studies and Theology.  He went on to serve for two years as a Youth Pastor in Oregon.

Peace Keeping in the Sinai between Egypt and Israel.

After leaving the Army he became the pastor of Calvary Bible Church in Wenatchee, Washington in

September 1996 where he continues to minister today.  He is committed to preaching the Bible verse by

verse so believers will know what they believe and be encouraged in their personal walk with God.